When President Kennedy challenged the nation to beat the Soviet Union to the Moon in the early 1960's, he set upon a concerted national effort that hadn't been seen since World War II. Throughout the 1960s, hundreds of thousands of Americans worked together to achieve that goal. Not only was that mission given to the newly formed NASA, thousands of third party vendor companies provided everything from technology and spacecraft, to services that supported those efforts.

The moon mission capable Saturn V Rocket was 363 feet in height with a maximum diameter of 33 feet with a mass weight of over 6 million pounds.
To get to high orbit to achieve TLI (trans lunar injection) the Saturn V system had 3 stages, The S-IC (Stage 1), S-II (second stage) and S-IVb (third stage).

Be sure to back with this blog as I make progress on the Saturn V artwork. When complete, artwork prints, merchandise and video documentaries will soon follow.

11-July-2020
After 39,768 people commenting on the technicalities of the previously posted mockup (the mockup had the Escape Tower as it was a previously rendered asset), I'm posting the final of the piece and I'm calling it "Parking." Phrasing the action of the third stage achieving something called a parking orbit prior to Trans Lunar Injection, . . . or simply put, TLI was lighting the third state rocket to send the ship to the moon. 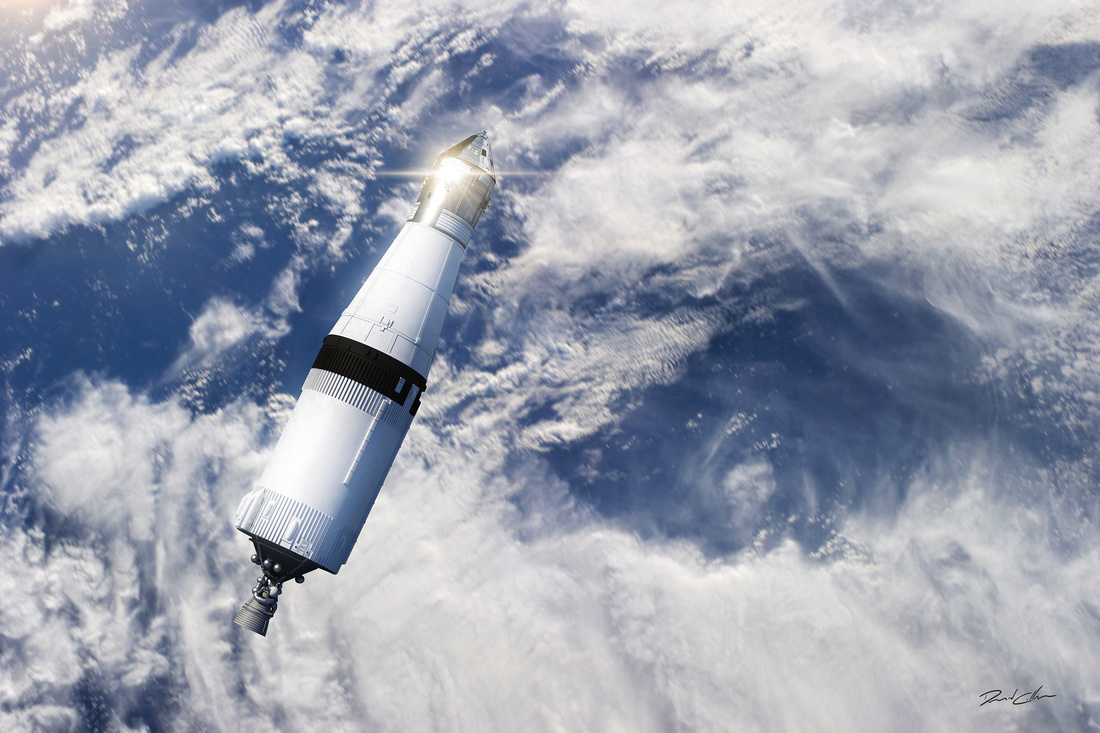 This is where the Stage III section orbited prior to TLI - Trans Lunar Injection!

4-July-2020
HAPPY Fourth of July! In the times of celebrating America's Independence, we tend to like fireworks. WELL the ultimate firecracker is the Saturn V Rocket. Just about done with Tier 1 of my 3D model of the Saturn V. 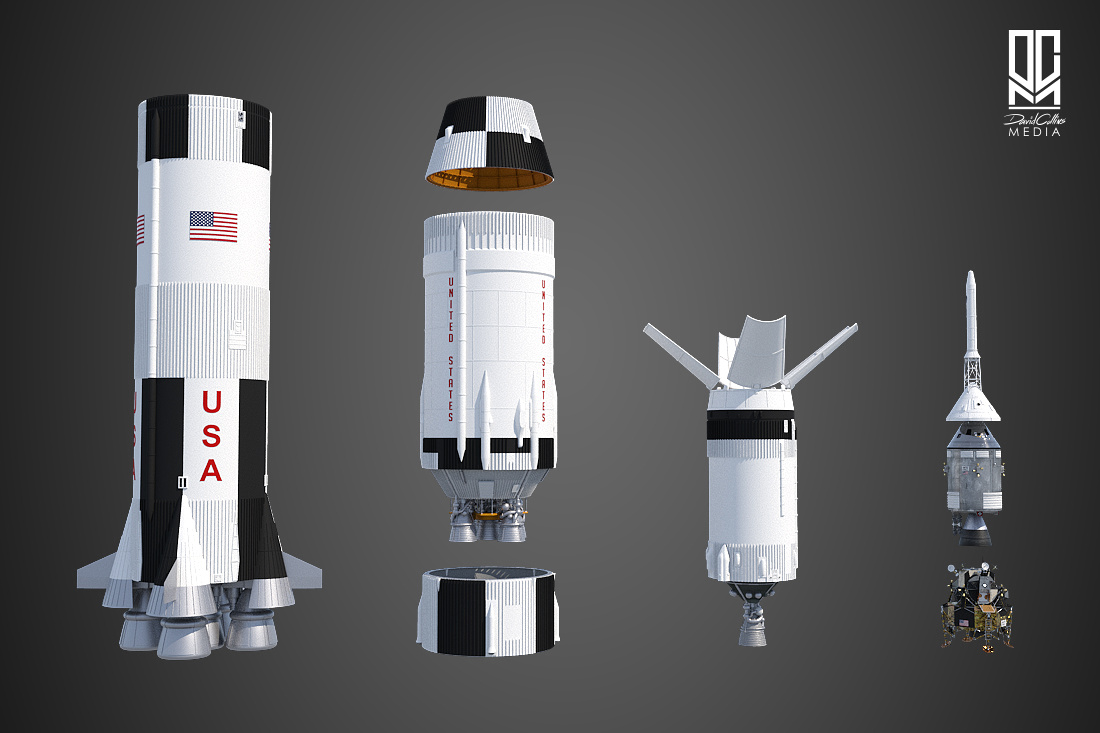 28-June-2020
Doing some internal structural work. Since the goal of these models is the eventual video Documentaries along with merchandising, a certain "acceptable" amount of detail is necessary. I'd qualify this a Tier 1 details, meaning the details getting put in could get destroyed by an engineer or some Apollo detailed oriented person could spot the "errors" but the details here can let me make my content. Or as others would say, . . . "Good enough." For now.